 Category Accidents / Personal Injury, Uncategorized
December 7, 2015
Whether you ride your bicycle on roads in Connecticut every day, or simply once in awhile on weekends, you need to remember that the road can be a dangerous place.

Say you’re out on your bike for a nice leisurely ride on a road, and a car swerves and hits you, knocking you off your bike, what do you do next?

After an accident, your bike may be wrecked, you may have broken bones, you may miss work, and you may even need a costly ambulance ride for even costlier emergency room treatment.

The end result is lost income, property damage, a personal bike injury, and medical bills as well as emotional distress for you. Fortunately, every state requires drivers to carry some sort of liability insurance coverage, and state and local laws give you legal power to ensure your own losses and ongoing costs are covered. But remember that there are thousands of uninsured motorists driving illegally who may injure you.

After an accident, calling the authorities should be step one, no matter the severity of your bike injury or damage to your bicycle. You may not realize you’ve been injured until hours after the incident, and sometimes what might seem like a minor injury can develop into a serious problem later.

You should identify the driver, but never negotiate with him or her before the police arrive. The driver may admit fault, but later try to deny their negligence or even deny that they were present at the scene. Get a police report so that the story cannot be changed at a later date. If the driver flees, it becomes a hit-and-run accident, and that would require uninsured motorist coverage or an unusual homeowners insurance policy to pay the costs.

You should obtain contact information from any witnesses who can support your potential claim. If there were any contributing factors, such as a pothole that made a driver swerve and hit you, your local government might be liable for damages. This is important to both you and the driver, if the state or municipality you’re in could be at fault for your bike injury because of a problem with the road.

In a recent interview, Joseph Cutrufo, the Connecticut Advocate for the Tri-State Transportation Campaign, said many roads in the Constitution State are problematic for bicyclists.

“It’s hard to get around in Connecticut if you don’t own a car, not only because of inadequate transit options, but also because so many roads are designed without the needs of pedestrians in mind,” he stated.

If a case can be made showing that the accident was caused by a road defect, the defect must be the sole proximate cause of the injuries. The government’s civil defense attorneys will likely attempt to find a way to show how you were at fault, instead of, or in addition to, the state or town.

Hiring a lawyer can help prove that you were not at fault for your bike injury due to commonly cited reasons. A few reasons that the government’s lawyers may cite are failure to keep a lookout, riding under the influence of alcohol or drugs, improper maintenance or repair of your bike, or driving unreasonably for the conditions.

You need to ensure you take the right steps to ensure your legal rights as well as to protect you against any possible lawsuits.

If you’ve been injured in a bicycle accident, contact BoneeWeintraub today. 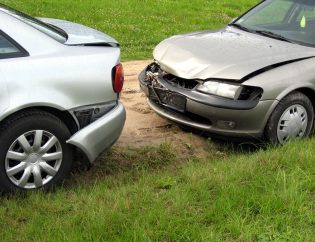