Our clients come to BoneeWeintraub because we
listen and keep them ahead
of life’s challenges. 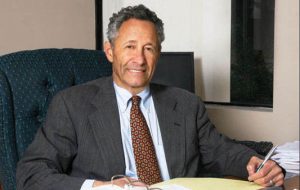 During this time, he has advocated on behalf of countless individuals and businesses, working tirelessly to secure favorable outcomes in cases requiring his extensive legal experience and knowledge.

Over the course of his professional career, Jay has become well-known among his colleagues and clients for his commitment to providing quality legal service in a cost-efficient manner. He has earned this reputation by tailoring his representation in each case to meet the goals of the client. Whether he’s settling a dispute among siblings fighting over control of a family business; overcoming the zoning, permitting and real estate hurdles for Hartford Jai Alai sporting and betting events; representing a municipality against a developer wrongfully claiming access to a town road; or establishing a lakefront property owner’s right to limit the use of an easement adjoining his land — Jay appreciates the importance of approaching every matter with a strategy that is specially adapted to the client’s needs. In doing so, Jay has realized an enormous amount of success for those facing even the most difficult legal challenges.

Although his practice keeps him busy, Jay still takes the time to remain active in local organizations serving the community. In addition to being a member of the Connecticut Bar Association’s Business Law, Real Property, Elder Law, and Estates and Probate Sections, Jay is a director and vice president of the Canton Land Conservation Trust. He also volunteers his legal services to the Children’s Museum in West Hartford, serving two terms as a director. He was also chairman of the Canton Zoning Commission for many years. During the 1990s, Jay served as a director and vice president of Rivers Alliance, a state-wide umbrella river-protection organization that he helped organize.

Jay earned his Juris Doctorate at Georgetown University Law Center in Washington, D.C. He is admitted to practice before both Connecticut state and federal courts, and the U.S. Court of Appeals for the Second Circuit. His main practice areas consist of Business, Real Estate, Estate Planning, and Probate Law.